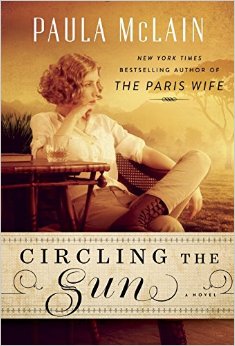 You can have a life of drama, scandal, and excitement.

Or, you can have a life of safety, comfort, and peace.

But, I doubt very much that you can have both.

Every time I chastised myself for being monotonous in comparison to Beryl Markham, I realized that she paid dearly for her life of adventure. Hers was not the life of a comforting childhood, growing up within a secure family unit, then finding a loving husband of her own. Instead, her mother left Beryl and her father in Africa when she went back to England with Beryl’s brother, Dickie. And so Beryl’s life of strong independence, embellished with a wild side, began at four years of age.

She was allowed exploration with the animals and freedom of dress, for she had no mother to correct her behavior into proper, ladylike straits. Instead of learning to crook a finger when holding a teacup, she learned to tighten her legs around the belly of a horse. She became daring and bold and brave. Beryl Markham was not a woman to be contained, and as I read, I admired her sense of adventure which brought her fame and glamor along with notoriety and pain.

Having grown up with a father whose business was horses, it is not surprising that Beryl Clutterbuck trained horses and raced them. She married Jock Purves at only seventeen years of age, and it is no wonder that their marriage could not be sustained. For really, the only man that Beryl truly loved was Denys Finch Hatton, a man already involved with Baroness Karen Blixen, and far too committed to his own freedom to be of much support to any woman.

It’s interesting that the film Out of Africa leaves Beryl Markham out of the story altogether, but Paula McLain reveals a more complete  picture of that complicated love story. Apparently, Beryl loved Denys with all her heart just as Karen did, and while Denys was committed to her as much as he could allow himself to be, he found room in his life to fit Beryl in around the edges.

They seemed of a similar spirit; undaunted by other’s opinions, or constrained by a conventional lifestyle, they sought adventure even when it meant danger. Safaris, horses, aero planes…these were things to be conquered, if not necessary elements to make one’s life richer.

After finishing the book last evening, I searched amongst my shelves until I found Out of Africa by Isak Dinesen (the pen name of Karen Blixen) and West With The Night by Beryl Markham. (Of which Ernest Hemingway wrote, “Did you read Beryl Markham’s book…she has written so well, and marvelously well, that I was completely ashamed of myself as a writer….it really is a bloody wonderful book.”) These are the books that Paula McLain makes me want to reread.

Circling the Sun has brought Beryl Markham to life and made Africa such a vibrant place you can see why those who loved it had to reside there.  Just as The Paris Wife, this is historical fiction of remarkable power. It is the very reason one picks up anything written by Paula McLain.