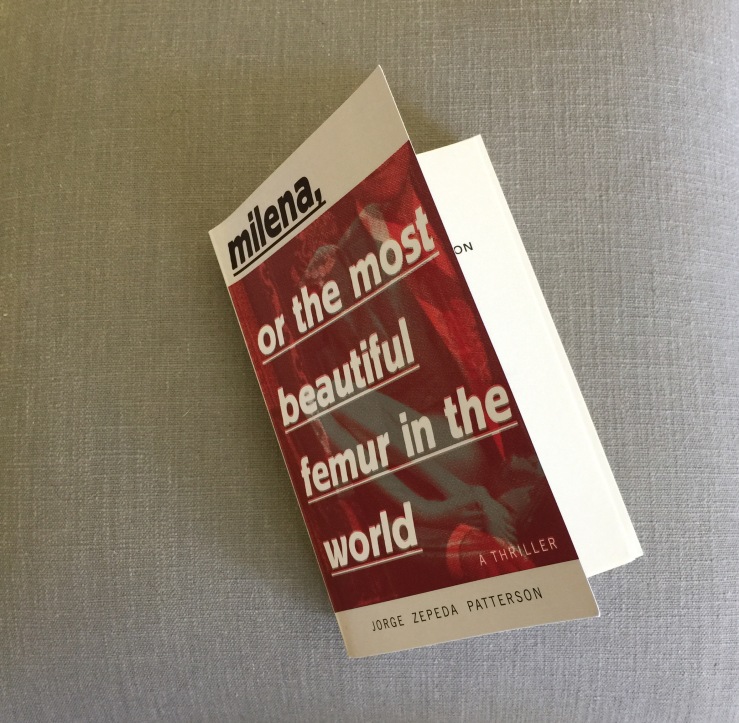 Milena isn’t Russian, as supposed, and she didn’t come to Mexico of her own free will. She was captured as a teen in Croatia by a human-trafficking ring and forced into prostitution.

When the novel opens, her benefactor has just died in her arms. He is the owner of El Mundo, and has prepared for such an event by writing a letter which instructs his daughter to protect his love, Milena, and to take the black book away from her because it could ruin the family.

What black book? How could it destroy the family? The secrets are many and multi-layered in this Spanish thriller which won the  Premio Planeta. (A literary prize of $800,000.)

Milena, or the most beautiful femur in the world was sent to me by Restless Books. I read it for Spanish Lit Month with an ache in my heart for the women who suffer in this trade, and the men who are oblivious to their suffering.

The next day, each of them (the men who came to the prostitutes) went on with his normal life, beyond the boundary of that hell they financed, thinking they had integrity and that paying a stack of euros got them off the hook for any wrongdoing.

Jorge Zepeda Patterson does a brilliant job of portraying the darkest aspects of prostitution and its inherent evil; of men taking advantage of anyone they can to gain power. He shows us the inner workings of the mafias engaged in human-trafficking and the groups laundering money for organized crime.

A far cry from Javier Marias’ gentle, even enigmatic prose, reading this novel is like watching a film. One that carries scenes all the more horrifying because they can be found in real life. It is a shocking book, and violent, incredibly fast paced and an exceptional thriller for those who enjoy this genre.