Behold Captivity, a novel of a mere 832 pages, each one riveting me to the story of Uri and his companions who are on a mission traveling from Jerusalem to Rome. Do not imagine that Uri is a sturdy traveler, nor that his companions are his friends. He has been selected for reasons he knows not why, other than that his father has loaned a tremendous sum to Agrippa, and it seems being a part of the delegation is the outcome of such a favor. But Uri is mistrusted, his bags are consistently searched, and he is spied upon during every leg of their journey.

Indeed Uri seems an unlikely candidate for such a trip. When they began his ankles were not strong, his belly carried a paunch, his head was balding, his chin was doubled, but worse than any of that is the fact that he cannot see well. His eyesight requires tremendous squinting to see any distance from afar, and Uri had developed a board through which to peer when he was at home in Rome.

But poor eyesight did not hinder him from reading, or from learning languages. Rather Uri can speak Greek, Latin, Egyptian, Hebrew and Aramaic. His favorite passion is reading.

“I also need peace,” he said hoarsely, “to read, because for me nothing else is of interest. I can recite to you the whole of Greek and Latin literature by heart. No one is using me to pass messages to anyone: I swear by Everlasting God who is One that this is the truth.”

Studded throughout the pages of this novel are characters who are already familiar to me from reading through the Bible:

I am hopeful that reading this prize-winning historical novel will further enhance my understanding of Biblical times. In and of itself, however, it is a fabulous read. Even if it will take me a few more weeks to finish. (I plan on posting a final review at the end of January.)

Usually I peruse a list of over 100 books read during the year that was. But as I write I find myself looking at a list with a total of 56, barely one book a week. It’s been an odd year, one in which I struggled to keep my focus on both reading and blogging, but reviewing the year encourages me.

For me, the best part of blogging is reading with others, and surely those read-alongs and events were a highlight. And now, in no particular order (except for the two largest books in the middle of the collage which were the most well loved), my ten favorite books of 2016 are: 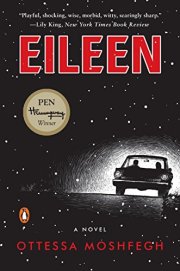 A Stangeness in my Mind, a novel by Orhan Pamuk 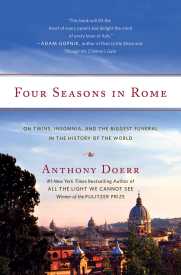 The Story of The Lost Child by Elena Ferrante

A Strangeness in My Mind by Orhan Pamuk

Death by Water by Kenzaburo Oe

The Vegetarian by Han Kang

My Name is Lucy Barton by Elizabeth Strout

A Gentleman in Moscow by Amor Towles

Wherever January takes us, in our bookish adventures and daily lives, I look forward to new ideas. Interesting books. More discussions. Thank you for being a part of my journey these past ten years.