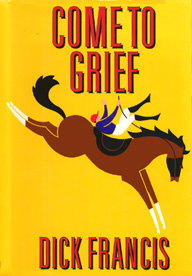 I’ve never read anything by Dick Francis before even though he’s a well known mystery writer. I suppose the picture of a horse, on almost all of his covers, was a major deterrent. I am not a horse lover, although I do love good mysteries.

This book was very well written: beautiful British phrases, intricately woven details of the plot, fine character development. But the premise, discovering the person who was cutting off colts’ feet and why, was less than exciting to me. I’m still not quite sure why it won an Edgar Award, even though I did admire the ex-jockey turned investigator (Sid Halley) very much as our hero.
Overall, I finished the book with the same opinion in which I had begun it; Dick Francis is a mystery writer for horse lovers, not me. 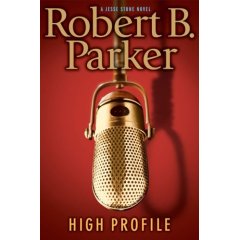 When I look over the list of completed books I’ve read there seem to be more by Robert Parker than any other author. I will pick him up after a particularly heavy read because he is light, fascinating, and able to remove me from my present environment.

His newest novel, High Profile, deals with the murder of a right-wing conservative radio commentator (compared in several reviews to Rush Limbaugh) and his pregnant girlfriend.

I find Parker’s books to be getting more and more gruesome; take his latest Spenser novel for example, 100 Dollar Baby, which was plain shocking in its conclusion. But, even more frustrating than that, is I’m very tired of Jesse Stone not solving his issues with ex-wife Jen. For goodness sake, marry her (again) or leave her. I don’t want to read any more about this can’t live with her/can’t live without her dilemma. I’m done with it. So, this book? P.U. as my class would say. 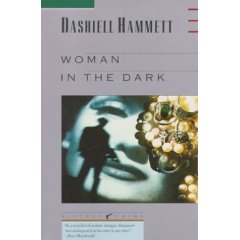 Dashiell Hammett, a famous old mystery writer, is fairly unknown to me. I picked this up because I’m always trying to fill in my knowledge of the classics in any genre. The only other novel I’ve read by Hammett is The Maltese Falcon.

This book is completed with three chapters. Three! It was published in three installments, in Liberty magazine, on April 8, 15 and 22, 1933. His style reminded me of Ernest Hemingway’s writing: very clean, brief, and factual.

When I completed it, in fact, it was so succinct I had to go back and reread the last few pages to be sure I’d gotten it right. It’s simplicity was so beautiful it was almost complicated. I loved this book, and I can see why Robert Parker admires Hammett as well.

So, three down, three to go for the Mystery Challenge to be completed by the end of August. I’ve got to get back to book #4, The Death of a Red Heroine, now. While they’re painting my kitchen. Remodeling the kitchen isn’t all bad. When you don’t have to cook or clean, you have a lot of time to read.