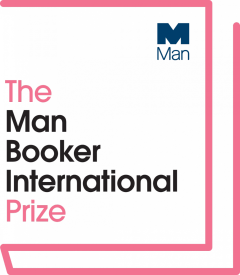 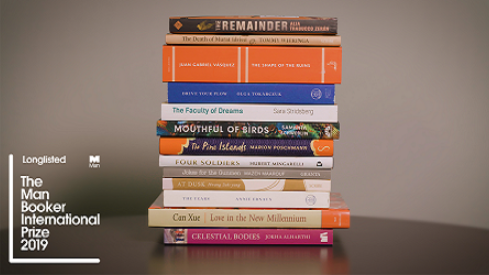 Perhaps it is not a surprise after all, to find that of the thirteen books long listed for the Man Booker International Prize, I have read two of them. It seems that the jury wishes to find the unsung heroes for translated literature, the books which could go unnoticed were it not for the attention given by this prize. While I had hoped for Haruki Murakami’s Killing Commendatore to be included, it makes sense to read authors whose novels are less known. It makes sense to draw attention to the small presses who publish such magnificent works.

The Shadow Jury and I will begin reading tonight, if I speak only for myself, as eager to begin as those who attended a release party for the Harry Potter books when they came out at midnight.

Our library had only three of the thirteen titles, a fact which does not surprise me as it wouldn’t leave much room for John Sanford or Kristin Hannah if they filled their shelves with the mind-broadening books listed here. Therefore, I am searching for the remaining 10 titles as I plan on reading them all before the winner is announced in May.

Jokes for the Gunmen by Mazen Maarouf (Iceland and Palestine), translated from Arabic by Jonathan Wright (Granta)

Mouthful of Birds by Samanta Schweblin (Argentina and Italy), translated from Spanish by Megan McDowell (Oneworld)

The Faculty of Dreams by Sara Stridsberg (Sweden), translated by Deborah Bragan-Turner (Quercus)

Drive Your Plow Over the Bones of the Dead by Olga Tokarczuk (Poland), translated by Antonia Lloyd-Jones (Fitzcarraldo Editions)

The Shape of the Ruins by Juan Gabriel Vásquez (Colombia), translated from Spanish by Anne McLean (MacLehose Press)

The Remainder by Alia Trabucco Zerán (Chile and Italy), translated from Spanish by Sophie Hughes (And Other Stories)

The Shadow Jury and I will be reading and posting our thoughts on as many titles as we can before the short list is revealed on April 9, 2019, and the winner declared on May 21, 2019.