We left for Japan, my husband and I, on October 11. I looked at this plane, JAL, and I could hardly imagine the next 13 and a half hours in which we would be inside, flying to Tokyo. (Fortunately, I had Haruki Murakami’s latest book, Killing Commendatore, with me.) 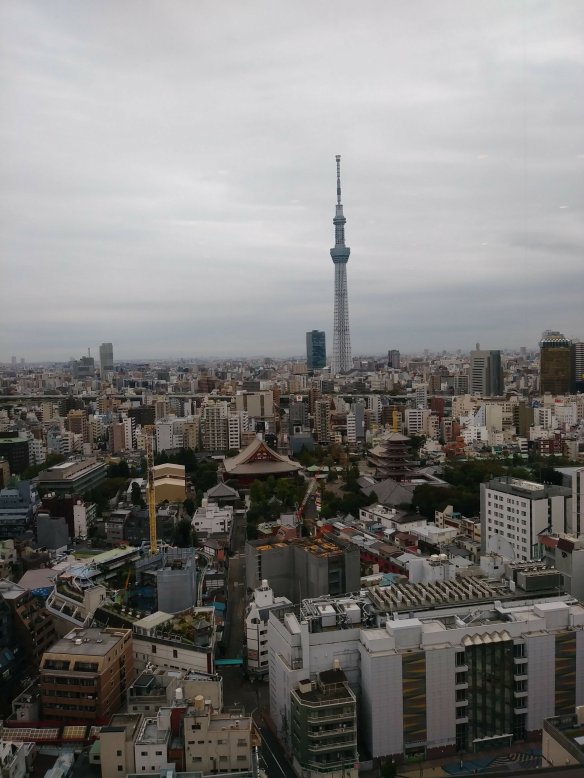 When we arrived in Tokyo, we were taken 60 kilometers from Narita Airport to Tokyo, where we were staying at the Asakusa View Hotel. The above picture is the view outside of our room’s window, giving us the skyline of the east side of Tokyo. The needle-like structure is the Tokyo Skytree, which is the tallest tower in the world. 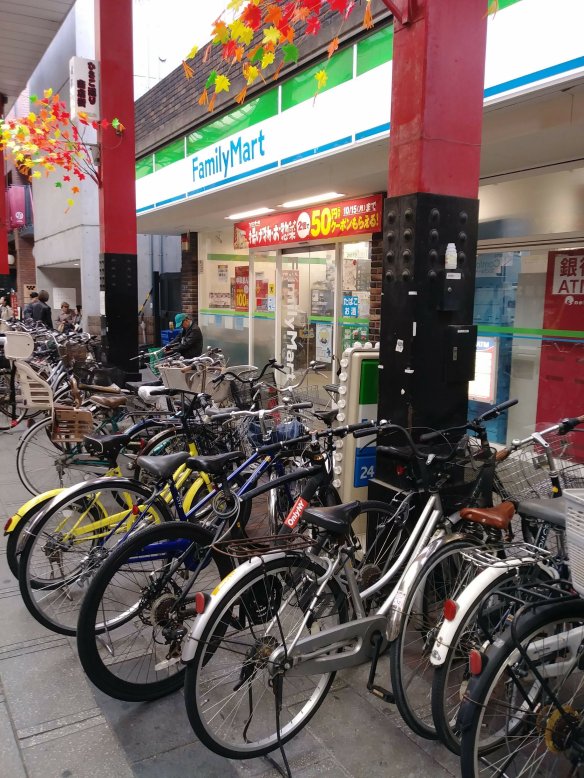 We immediately went out to discover our surroundings. I had to snap a picture of a convenience store, especially after reading Convenience Store Woman last month. We were told that there are approximately 60,000 convenience stores in Japan; people need them to be close by with their small refrigerators at home.

I photographed drink machines, as I have constantly read of characters in modern Japanese literature buying a can of coffee from one. Indeed, there is a myriad of beverages from which to choose. 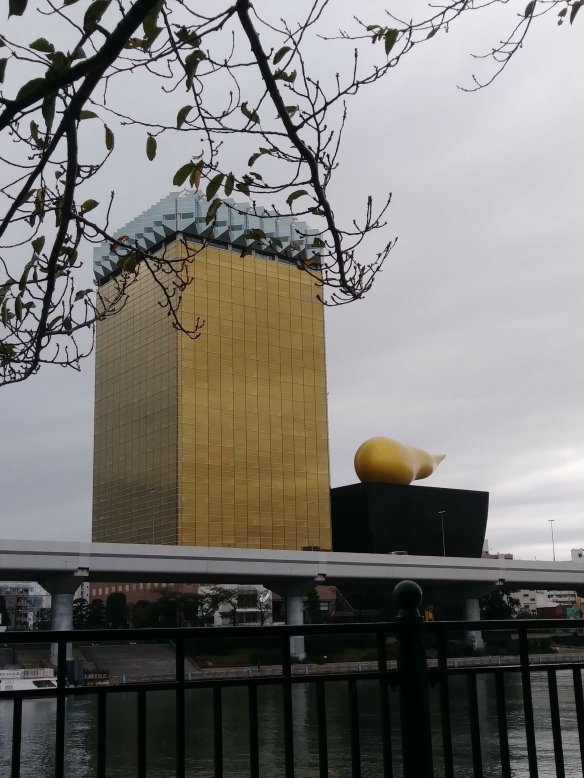 One of Japan’s most popular beers is Asahi, and this building is the headquarters. Can you see how the tall golden building was meant to represent a tall glass of beer with the foam on top? But, the golden tadpole puzzled me, until I learned it is the Flame of Passion (for beer) which was meant to stand upright. Sadly, it blocked the residents’ view of the apartment building behind it, and was consequently forced to lay on its side. Now it has become more famous than it would have been if it had kept its original position because it looks so…odd.

The top photo is the Senso-ji Temple, guarded by a thunder god to keep the evil spirits away. Which the vermillion color is also supposed to do. 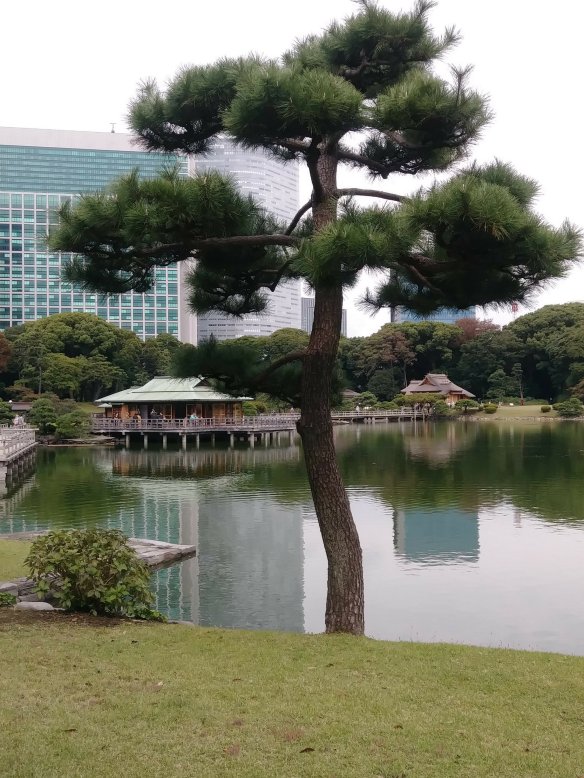 Before leaving Tokyo, we visited the Hamarikyu gardens where we took a stroll through “the playgrounds of Japan’s old shoguns”. The contrast between the skyscrapers of today, and the teahouse of the Edo period, amazes me.