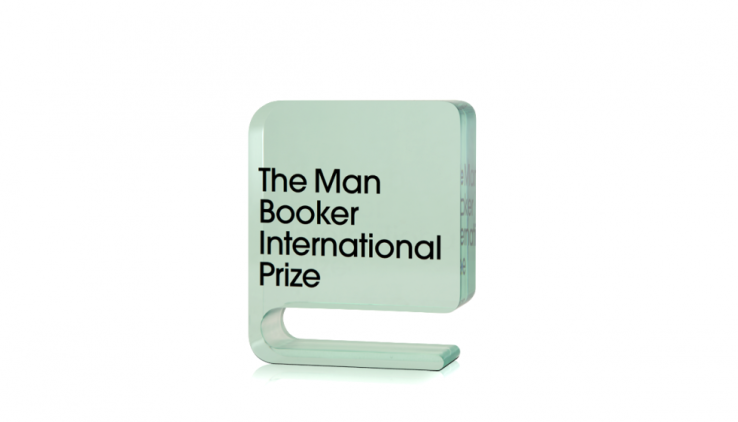 Just as the drab chill of winter seems it will drag endlessly on, along with the flu it has brought me just before Valentine’s Day, a bright spot appears on my reading horizon: the formation of the Man Booker International Prize Shadow Jury.

Tony Malone is an Anglo-Australian reviewer with a particular focus on German-language, Japanese and Korean fiction. He blogs at Tony’s Reading List, and his reviews have also appeared at Words Without Borders, Necessary Fiction, Shiny New Books and Asymptote. Based in Melbourne, he teaches ESL to prospective university students when he’s not reading and reviewing. He can be found on Twitter @tony_malone.

Lori Feathers lives in Dallas, Texas and is co-owner and book buyer for Interabang Books, an independent bookstore in Dallas. She is a freelance book critic and board member of the National Book Critics Circle. For the last two years she has served as a fiction judge for the Best Translated Book Award. Her recent reviews can be found @LoriFeathers

Bellezza (Meredith Smith)is a teacher from Chicago, Illinois, who has been writing Dolce Bellezza for twelve years and has hosted the Japanese Literature Challenge for 11 years. Reading literature in translation has become a great passion, especially since the five years she has been a shadow juror for the IFFP and now the MBIP. Her Twitter name is @bellezzamjs

David Hebblethwaite is a book blogger and reviewer from the north of England, now based in the south. He has written about translated fiction for Words Without Borders, Shiny New Books, Strange Horizons, and We Love This Book. He blogs at David’s Book World and tweets as @David_Heb

Vivek Tejuja is a book blogger and reviewer from India and based in Mumbai. He loves to read books in Indian languages and translated editions of languages around the world (well, essentially world fiction, if that’s a thing). He also writes for Scroll.In and The Quint. He blogs at The Hungry Reader and tweets as @vivekisms. His first book, “So Now You Know”, a memoir of growing up gay in Mumbai in the 90s, is out in April 2018 by Penguin Random House.

Paul Fulcher is a Wimbledon, UK based fan of translated fiction, who contributes to The Mookse and The Gripes blog and is active on Goodreads, where he moderates a MBI readers’ group. He is on the jury of the Republic of Consciousness Prize (@prizeRofC), which rewards innovative fiction, including in translation, from small independent presses. His reviews can be found at @fulcherpaul and via his Goodreads page.

María José Navia lives in Santiago, Chile. She has an M.A. in Humanities and Social Thought (NYU) and a PhD in Literature and Cultural Studies (Georgetown University). She is currently an Assistant Professor at Chile’s Catholic University. She is also a published author (one novel, two collections of short stories) and is in the process of translating Battleborn (by Claire Vaye Watkins) into Spanish. You can read one of her stories, in English, in the Nov/Dec 2017 issue of World Literature Today. She blogs at Ticket de Cambio and her twitter name is @mjnavia

Naomi Morauf is a voracious reader and avid tweeter with a particular interest in translated and speculative fiction. She moved to London for her philosophy degree and fell predictably into its clutches, working in media analysis as a broadcast editor before moving into book publishing. A Creative Access alumna and active member of the Society of Young Publishers and BAME in Publishing, she is a regular at Post Apocalyptic Book Club and the Dark Societies series of events. She is currently reviewing submissions at Unsung Stories.

Oisin Harris lives in Canterbury, UK and is an editor-in-the-making with a Publishing MA from Kingston University and an English degree from Sussex University. He is an academic librarian, and a freelance editor and proofreader. He has written about Women in Translation, Book Histories and how they can affect Book Futures, as well as on Islam and Literature in the West. When not reading or writing he can be found on Twitter @literaryty

Frances Evangelista is an educator from the Washington DC area who has been blogging about books for over ten years at Nonsuch Book and chatting on Twitter about the same @nonsuchbook. She has participated in a variety of projects including a Man Booker Shadow Panel for the last three years, and is eager to spread her wings with this MBIP panel.

We eagerly await the arrival of the long list on March 12, hoping to read and review every single book before the short list appears on April 12. Certainly the job will be done by the announcement of the winner on May 22. Be sure to check out our blogs, and Twitter-ings, as we read and discuss what consistently proves to be the most exciting reading I do all year.