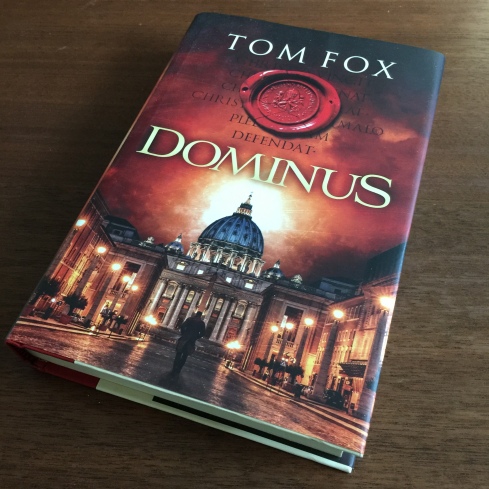 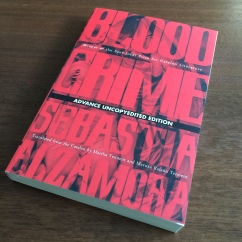 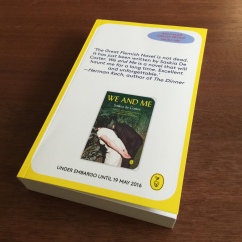 “Tom Fox’s Dominus is a tense thriller that leads readers into a web of intrigue and mystery-and questions the natural, the supernatural, and the nature of human manipulation-while attaching modern scenarios to some of the world’s most ancient sites.” -Crime Files

“An all-too-realistic thriller about for-profit prisons, big-money politics, shady non-profits,  the war on drugs-and the people who would kill to keep the system intact.” -SoHo Crime

“Narrated by a vampire who thrives in the havoc of the war, this stunning, eerie novel-inspired by the true story of a massacre in the early days of the Spanish Civil War-is a gothic reflection on death and the nature of monsters in all their human forms.” -SoHo Crime

We and Me by Saskia De Coster (World Editions):

“The Great Flemish Novel is not dead. It has just been written by Saskia De Coster. We and Me is a novel that will haunt me for a long time. Excellent and unforgettable.” -Herman Koch

“Esther Gerritsen is the kind of writer whose entire oeuvre you want to read after reading just one book, or no, after reading even just one page.” – Herman Koch

Lily and The Octopus by Steven Rowley (Simon & Schuster):

“A big-hearted, inventive, funny novel that also happens to be a profound meditation on love and forgiveness.” -Christina Baker Kline, author of Orphan Train

“One of the most interesting Japanese crime novelists at work today.” -USA Today

“This unsettling book about the moral encounter between America and China is a study of privilege, innocence and risk. It is a tragedy of manners and a portrait of Beijing-amplified and torqued and unmistakable.” -Evan Osnos, winner of the National Book Award

And After The Fire by Lauren Belfer (Harper publishers):

“A story about art, prejudice, faith and trauma…A remarkably suspenseful story, a literary thriller in the tradition of A. S. Byatt’s Possession…Engrossing.” – Kirkus Reviews