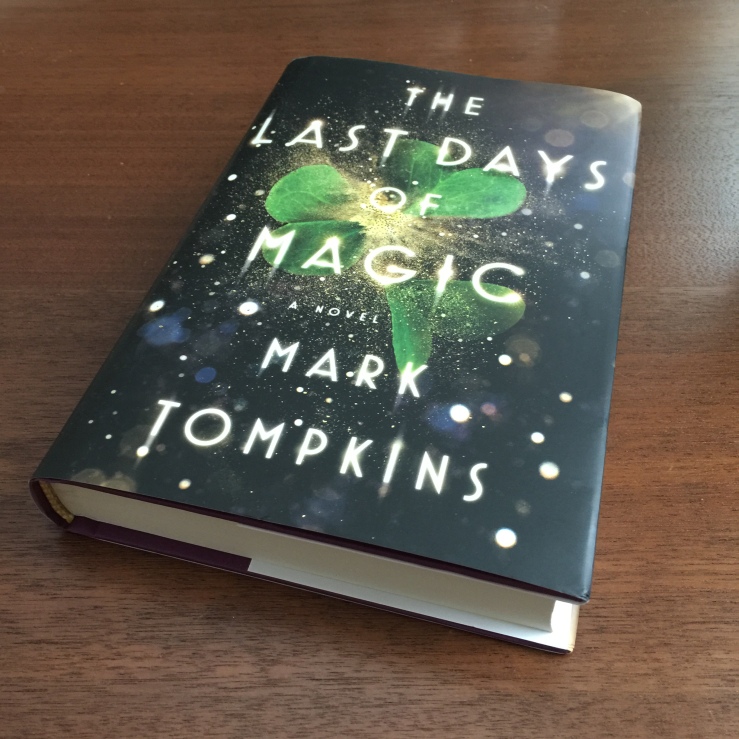 “Simultaneously sweeping and intricate . . . Tompkins’s amazing debut novel conjures an epic battle for the soul of Ireland. Filled with papal machination and royal intrigue, magic and mayhem, faeries, Vikings, legates, kings and queens, angels and goddesses, this is one wild and breathless ride.”
—KAREN JOY FOWLER

“Plundering the treasure chest of human myths, from mysterious biblical giants to ferocious Celtic faeries, Tompkins has created a fantasy adventure with the shifting perspectives of dreamscape. A novel rich and strange.”
—GERALDINE BROOKS

“Eddie Joyce’s terrific first novel is so American that the story might as well have taken place at the base of the Statue of Liberty.”
—Richard Russo

A patient escapes from an asylum, to spend his life as the perfect mannequin in a department store display; when living alone is outlawed, a woman who resides quietly with her cat is assigned by bureaucrats to a role in an artificially created “family;” a luckless man transforms himself into a chair so people can, literally, sit on him. These are just a few of the inhabitants of Hon Lai-chu’s stories, where surreal characters struggle to carve out space for freedom and individuality in an absurd world. The Chinese version of The Kite Family won the New Writer’s Novella first prize from Taiwan’s Unitas Literary Association, was one of 2008’s Books of the Year according to Taiwan’s China Times, was selected as one of the Top 10 Chinese Novels Worldwide, and was awarded a Translation Grant from the U.S. National Endowment for the Arts.

Why We Came To The City by Kristopher Jansma (Viking) Published February 16, 2016

A warm, funny, and heartfelt novel about a tight-knit group of twentysomethings in New York whose lives are upended by tragedy—from the widely acclaimed author of The Unchangeable Spots of Leopards…

Kristopher Jansma’s award-winning debut novel, The Unchangeable Spots of Leopards, was praised for its  “wry humor” and “charmingly unreliable narrator” in The New Yorker and hailed as “F. Scott Fitzgerald meets Wes Anderson” by The Village Voice. In Why We Came to the City, Jansma offers an unforgettable exploration of friendships forged in the fires of ambition, passion, hope, and love. This glittering story of a generation coming of age is a sweeping, poignant triumph.

Thanks to the publishers for sending me exciting new books; I hope you discover a great new read from this week’s post. Find more Monday Mailbox books here.