About fifteen years ago my mother had a fabulous idea, and my father paid for it.
“Would you like to go to Paris,” she asked, “for your wedding dress?”
I was preparing for my second marriage in July of 2001. No June bride for me. No, I was a very hot July bride, but I was dressed in Parisienne style.
My mother and I flew directly from O’hare airport in Chicago to Charles DeGualle in Paris. It was our first time in Paris for neither of us; over the years we had become quite familiar with it, in trips we took together as a family, as well as the times we had gone independently. (When I taught in Germany, it was quite easy to go to Paris for the weekend.)
I had made an appointment with a young designer, but on an off chance we went to the Galleries Layfette to see what kinds of robes de mariage they had. And there we met the wonderful Sylvie. 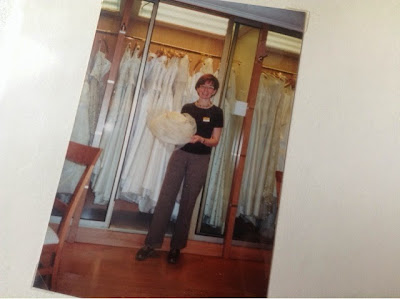 Either I am not terribly particular, or she knew just the thing, for within about three try-ons we had the perfect dress. She studied me for a moment, and then she said, in English, “It needs a little somezing.” Off she went, and when she came back she was holding the most charming hat. I loved it at once. 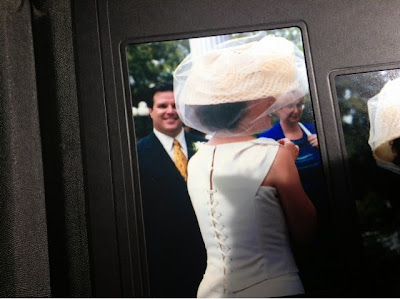 When I tried on the whole ensemble, I felt quite pleased. And Sylvie said, “You look very beautiful. You just have ze need for…um…how do you say…a little micro-fibre.” Because while I am not fat, it’s true I had a bit of a tummy poking through this sample dress. I cannot think of a more charming way to be told. And my husband and I often laugh about it even now, thirteen years later. 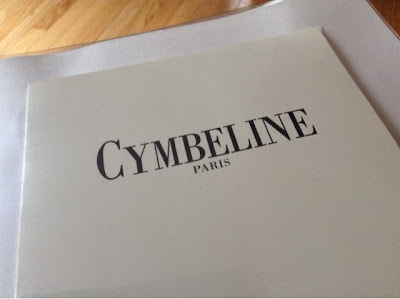 The shop was named Cymbaline, and they constructed for me a long skirt of no frills with a separate top that laced up the back. “You can wear zis separately, if you choose”, I was told by the ever practical French. Which I have on subsequent anniversaries. 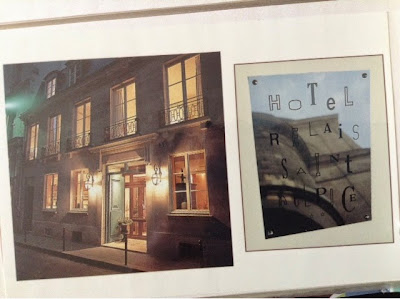 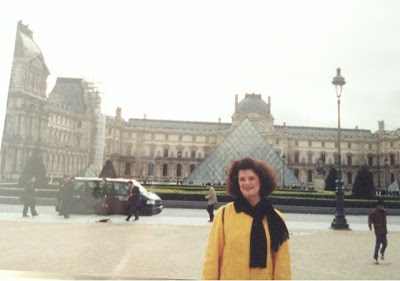 And while we revisited the usual sights, such as the I. M. Pei before the Louvre, it is the streets which hold the most charm for both of us. 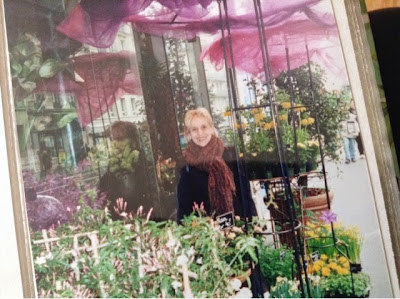 I wish the pictures of my photographs were clearer, but I hope they give you an indication of Paris during our stay. I hope they build in you a desire to go and see it for yourself. Because just as the authors highlighted in Paris Was Ours, or the way my mother said, “Let’s go,” it’s not as difficult to go there as it may seem.

32 thoughts on “Paris in July: Remembering my Wedding Dress on Our Anniversary, Which Is Tomorrow”