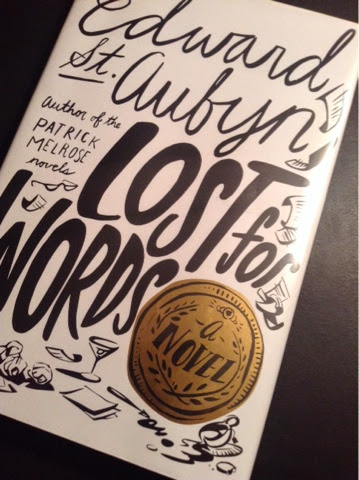 Sometimes you have to read the judges rather than the books.

I used to believe that doctors cured you, Presidents led you, and book awards went to the book best written.

Not anymore. (Especially since the IFFP went to The Iraqi Christ by Hassan Blasim.)

In his inimitable style, a blend of the most delicious sarcasm and facetiousness, Edward Sr. Aubyn describes the farce involved with a prestigious literary award. Neither writers nor judges are spared so much as a scratch from his sythe.

The Elysian Prize, more than vaguely resembling the Man Booker prize, is chaired by Malcolm Craig. It is a prize “confined to the Imperial ash heap of the Commonwealth.

Judges on the committee include Jo Cross, a well-known columnist and media personality; Vanessa Shaw, who is interested in “especially good writing”; Penny feathers, who is the Secretary of the Foreign Office’s old girlfriend. “The point was to build a consensus and come up with a vision of the sort of Britain they all wanted to project with the help of this prize: diverse, multi-cultural, devolutionary, and of course, encouraging to writers.

Some of the writers are Sam Black, preoccupied by psychological contracts, writing The Frozen Torrents; Katherine Burns, a lady novelist who surrounds herself with artists, thinkers, scientists and writers, as well as multiple lovers; Sonny Badanpur, who could trace his ancestry to Krishna and wrote The Mulberry Elephant; Penny who is a judge, but also the author of the thriller Roger and Out.

Halfway through the novel we find that some assistant sent Sonny’s auntie’s cookbook, instead of Katherine’s novel, to the judges. The cookbook finds its way to the long list and subsequently the short list. I could not stop laughing at the utter absurdity, which plausibly smacks of truth, in this situation. No one seems able to admit that the cookery book is not a splendid piece of fiction.  (John Elton, the American literary agent says, “Playing with textuality can be dangerous, but the audacity of putting it in a “cookbook” is sheer genius.”)

I curiously awaited the disclosure of the Short List, as if it was something real, just to read the following titles:

Really, it’s enough to make me laugh out loud. Or, vomit violently into a sink. Or, as one of participants says, to “go to one of the nearby bookshops to buy something good to read on the way home, to…remind him what literature was before he went to the Elysian Prize dinner the next night.”

The Patrick Melrose novels are my very favorite works of Edward St. Aubyn’s, for the raw emotion they so powerfully convey; enough to make this American woman feel she had experienced the life of a British man.

Lost For Words is an entirely different kind of novel, as it points to a gigantic literary farce rather than a grim childhood and it’s subsequent effects. While St. Aubyn’s satire in the novel may seem like a touch of sour grapes to some, to me it seems to more closely resemble Shakespeare’s line in King Lear: “Many a true word hath been spoken in jest.”

20 thoughts on “Lost For Words by Edward St. Aubyn”