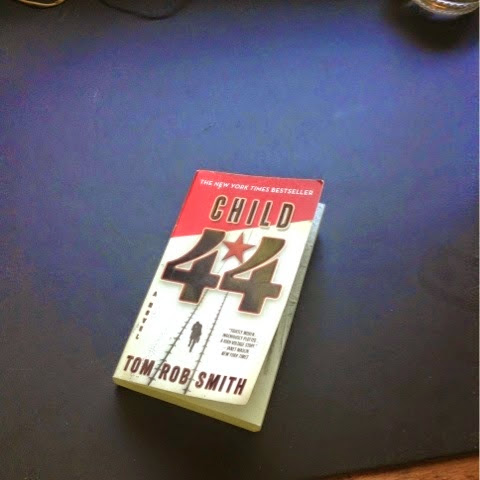 In an era, and a country, where crime is supposed to be non-existent because “theory dictated that there was more work, more fairness, less exploitation”, we find a Russia which is truly terrifying.

I have always been fascinated with Russia. I took almost enough Russian literature in university to have a minor in it. I suspect that in many ways, I have glorified this land of ice and snow, hand-painted boxes, and tortured writers. I probably have overlooked most of the suffering and pain that its citizens have endured.

The bleakness of Russia in the 1950’s comes alive in this brilliant mystery. It is written with layers of paranoia over layers of deception. It is written with the characters’ fear and trembling, only mirrored by those in charge because they realize their lives are no different. Everyone is an accusation away from a life of exile. Or, torture.

If you finished Gone Girl (or The Truth About The Harry Quebert Affair) with a sigh of disappointment, as I did, you need to read Child 44. It is a true mystery, an exquisitely wrought thriller with no games played at the reader’s expense.

"For we do not wrestle against flesh and blood, but against the rulers, against the authorities, against the cosmic powers over this present darkness, against the spiritual forces of evil in the heavenly places." ~Ephesians 6:12 (ESV)
%d bloggers like this: