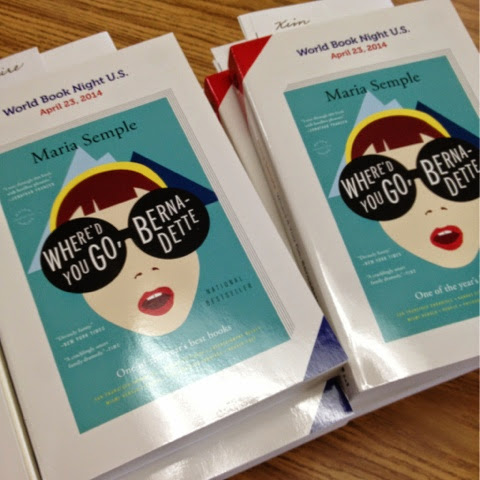 First of all, tomorrow is World Book Night! I picked up the boxes of books I am giving, last night in the pouring rain. The first one is Where Did You Go, Bernadette? by Maria Semple. 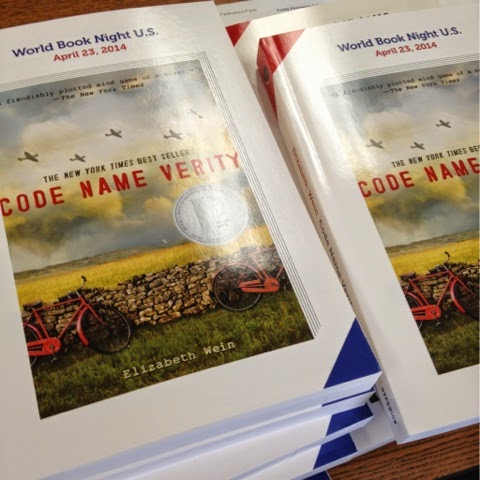 Then, because someone was unable to be a giver, I accepted a box of Code Name Verity by Elizabeth Wein. I have yet read neither, but plan to when school gets out. (In less than 35 days, but who’s officially counting?) If you’ve read one, or both, let me know how you liked it.

Both titles are going to people connected to my job at school. Where Did You Go, Bernadette? will be handed out to my colleagues, because sad as it seems, not all teachers are readers. At least to the extent that us bibliophiles are, which admittedly, might be called excessive by some.
The other books will go to parents of my children. I had visions of someone complaining to the office, as some parents are wont to do, and then I thought, “If someone wants to fuss about receiving a book, I’ll take the blame.” Surely it would be worth it. 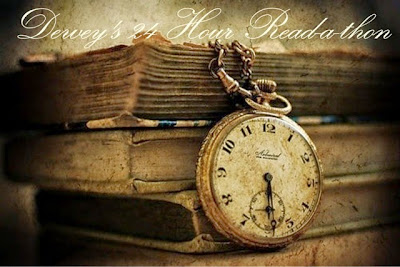 Secondly, Dewey’s 24 Hour Read-a-thon is this Saturday. Do you like the button I made? I was thrilled when Andi put it up on her post yesterday, as she is one of the masterminds behind the event. I’ve been involved in years past as a cheerleader, like the time I cheered accidentally for all the cheerleaders, or a prize donator, like when I gave away a first edition of The Help. But this year I’m simply going to read. For the first time ever, I’ll try to hold out for the full 24 hours instead of caving in when my husband goes to bed.
Are you participating? Have you even signed up yet? There’s still time, just head on over to the site. 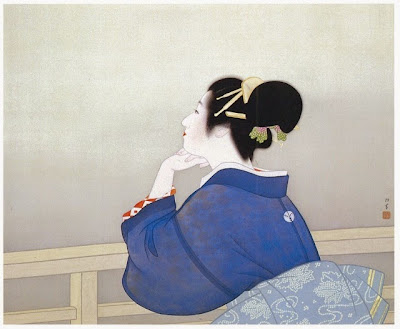 Finally, I’ve begun putting together the 8th annual Japanese Literature Challenge. I have several fresh ideas for this time around, all of which will be made known on the first official day which is June 1. For now, feast your eyes on this lovely painting entitled Woman Waiting for the Moon to Rise by Shoen Uemura (1944). And, perhaps, consider joining us for the experience of sharing Japanese literature together. I’d love to have you come along.

38 thoughts on “Bookish Events on the Horizon…”