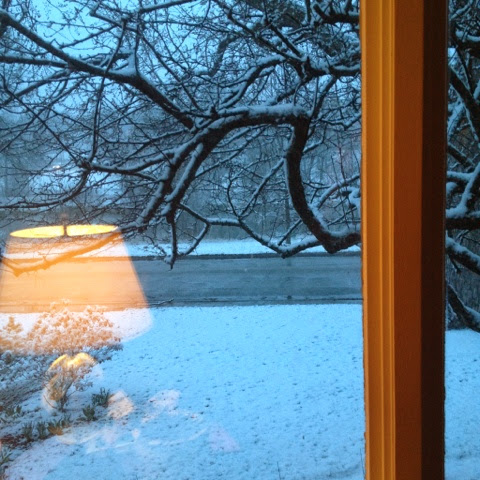 I had to stop reading Atlas Shrugged for a minute to snap this picture outside of the window by my reading chair. Talk about déjà vu! Yet, in a way I still find it lovely, as long as we don’t have a Snow Day tomorrow which will put us to June 10 as the last day of school. 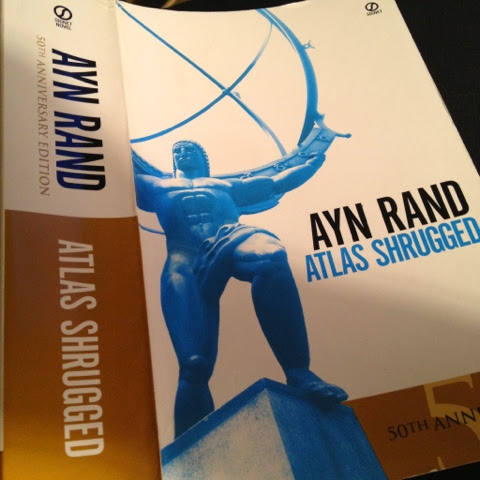 So, I’m reading Ayn Rand. Again. Because I love her. The first time I read Atlas Shrugged I was seventeen, and I snagged my mother’s copy from her book club. (No romance novels for that group, let me tell you!) I went right through it, and then on to The Fountainhead and finally Anthem.
Parts of me are unable to accept some of the tenets in her Objectivism philosophy. The “money” as God thing doesn’t cut it for me. Neither does extreme selfishness which excludes compassion for the truly weak.
But, when I get discouraged by the bureaucracy which surrounds me; the laws which seem to have no effect but to hinder excellence; the way my search to exceed what I know and do ends in no reward other than my own self-approval, I pick up Atlas Shrugged.
It comforts me.
It reminds me that excellence is worthy, and more importantly, necessary. It reminds me that when I become the best teacher I can be, the students have the best learning. It reminds me that no matter what I do, be it teaching or reading or flipping a hamburger, I need to do it to the very best of my ability. Otherwise I am cheating myself, and thereby those who receive what I am offering.
Most days, I applaud Atlas for shrugging.