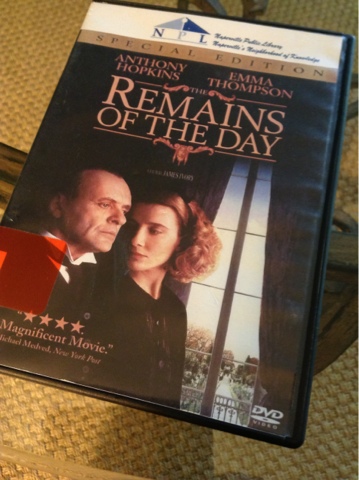 After seeing The Remains of The Day with Anthony Hopkins and Emma Thomas last night, I realized that it was the same film as the Booker Prize winning novel written by Kazuo Ishiguro. The film was so moving that I must read the book. In fact, I want to immerse myself in Ishiguro’s writing this month. 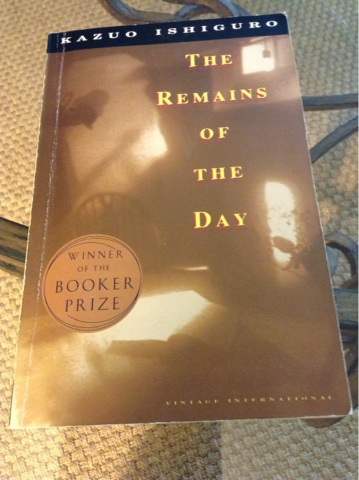 “The Remains of The Day is a profoundly compelling portrait of the perfect English butler and of his fading, insular world in postwar England. At the end of his three decades of service at Darlington Hall, Stevens embarks on a country drive, during which he looks back over his career to reassure himself that he has served humanity by serving ” a great gentleman.” But lurking in his memory are doubts about the true nature of Lord Darlington’s “greatness” and graver doubts about his own faith in the man he served.” 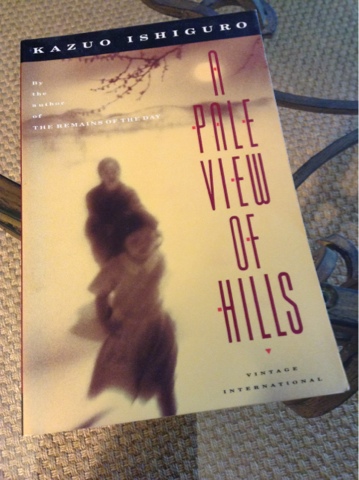 “The highly acclaimed first novel by the author of The Remains of the Day and An Artist of the Floating World, A Pale View of Hills is the story of Etsuko, a Japanese woman now living alone in England, dwelling on the recent suicide of her eldest daughter. In a story where past and present confuse in a haunting and sometimes macabre way, she relives scenes of Japan’s devastation in the wake of World War II, even as she recounts the weirdnesses and calamities of her own life.” 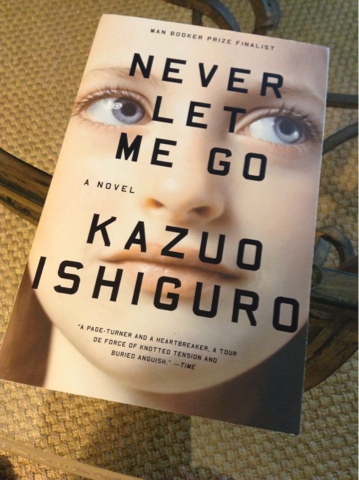 From Booker Prize-winning author Kazuo Ishiguro comes a devastating new novel of innocence, knowledge, and loss. As children, Kathy, Ruth and Tommy were students at Hailsham, an exclusive boarding school secluded in the English countryside. It was a place of mercurial cliques and mysterious rules–and teachers were constantly reminding their charges of how special they were. Now, years later, Kathy is a young woman. Ruth and Tommy have reentered her life, and for the first time she is beginning to look back at their shared past and understand just what it is that makes them so special-and how that gift will shape the rest of their time together. Suspenseful, moving, beautifully atmospheric, Never Let Me Go is another classic by the author of The Remains of The Day. 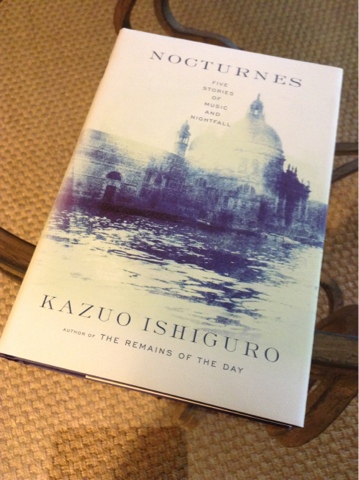 Nocturnes recalls Ishiguro’s best-known novel, The Remains of the Day. In its surreal touches it resonates with The Unconsoled. And in its deceptively simple exploration of love and loss, it builds on the achievement of Never Let Me Go…It is clear that this exquisite stylist is serious in his pursuit of a minimal-perhaps even universal-mode of expression for the emotional experiences that define our lives as human.” ~The Times
And so I think that we should explore Ishiguro’s work further during the month of August. Perhaps you have already read one or more of his novels; in that case, I relish your perspective on what you have read. Others of you may be like me: discovering his writing for the first time.

17 thoughts on “August’s Theme for the Japanese Literature Challenge”