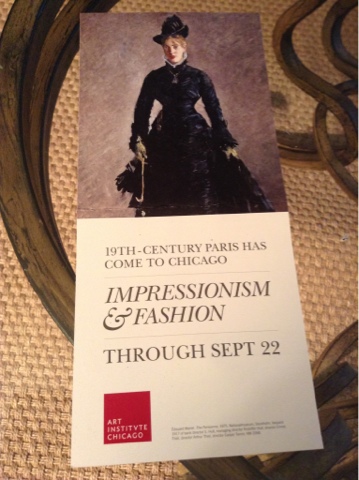 In the nick of time, I have something exciting to post for the Paris in July challenge. Yesterday, my mother and I went to the Art Institute of Chicago to see the special exhibit which showcases the work of the Impressionists through the “lens” of fashion. Beside each breathtaking painting, such as those done by Tissot, Cassatt, and of course, Renoir, was a glass case featuring the dress worn (or a close proximity thereof) by the subjects: 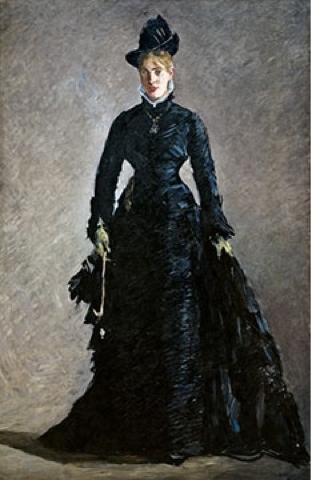 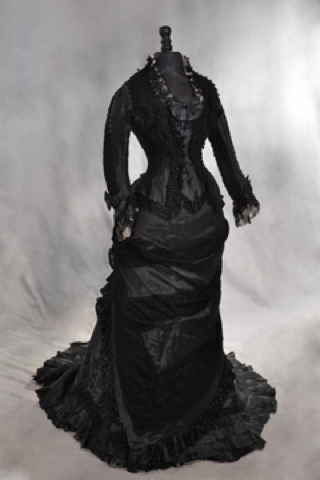 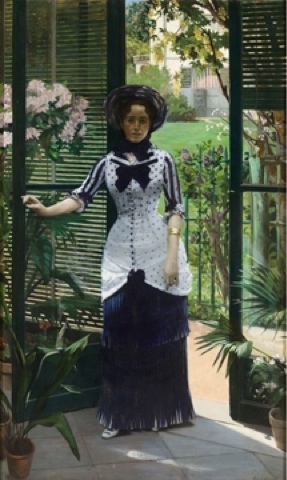 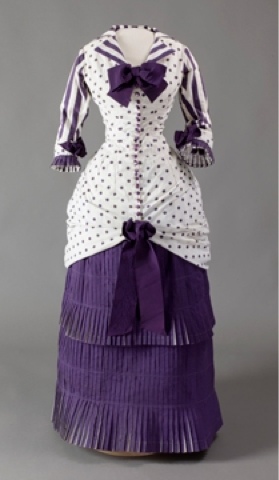 “Were the Impressionists fashionistas? And what role did fashion play in their goal to paint modern life with a “modern” style? This is the subject of the internationally acclaimed exhibition Impressionism, Fashion, and Modernity, the first to uncover the fascinating relationship between art and fashion from the mid-1860s through the mid-1880s as Paris became the style capital of the world. Featuring 75 major figure paintings by Caillebotte, Degas, Manet, Monet, Renoir, and Seurat, including many never before seen in North America, this stylish show presents a new perspective on the Impressionists—revealing how these early avant-garde artists embraced fashion trends as they sought to capture modern life on canvas.” (Art Institute site)

There were hats, and shoes, as well, and my favorite case had five or six bottles of Guerlain perfume complete with the baudruchage. On the walls were painted quotes from famous authors such as Emile Zola. I wish I could have photographed them all for you, but the Institute police were quite fierce in their enforcement of the rules.
In the train on the way home, my mother and I marveled at the way that we had never quite noticed the influence of fashion on the French Impressionists before. My mother said she’ll never be able to look at their paintings in the same way again. Which is, of course, what education does for us.

27 thoughts on “Paris in July: Impressionism and Modernity”