With the plethora of choices out there, it’s a rather difficult task to pin oneself down, and yet I find myself with a list of books I plan to read in July at the ready:

For Paris in July I’m going to read Paris by Edward Rutherfurd and The Honemoon in Paris, a novella by JoJo Moyes.

For the Japanese Literature Challenge I’m going to read The Sound of Waves by Yukio Mishima with the Magical Mystery Teacher. 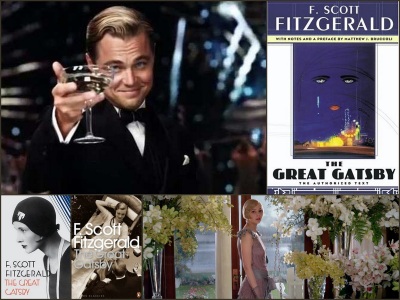 And for my mother’s book club I’ll re-read The Great Gatsby which I suggested last August at our “Choosing Night” in anticipation of the film which was to be, and of course is now, released. A film, by the way, which unexpectedly delighted me.
I’m always torn, when it comes to choosing books, between wanting to have an agenda such as I’ve just outlined  and being totally free to pick up a book when the spirit moves me. It’s been a dreadfully long time since I’ve had such freedom, and while the schedule of reading for challenges, book clubs, and publishers has its own thrill so does the spontaneity of picking up a book on a whim. But, whims will have to wait until August when I can enjoy the remains of summer before the new school year begins again.
What are you reading in July?

19 thoughts on “Sunday Salon: What Will You Be Reading in July?”