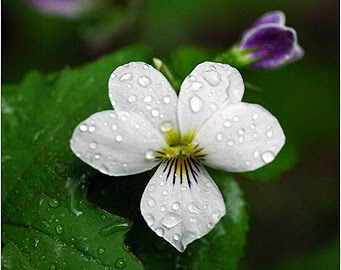 How time can change! Little Polly wore in her pale, small features her fairy symmetry, her varying expression, a certain promise of interest and grave; but Paulina Mary was become beautiful–not with the beauty that strikes the eye like a rose–orbed, ruddy, and replete; not with the plump, and pink, and flaxen attributes of her blond cousin Ginevra; but her seventeen years had brought her a refined and tender charm which did not lie in complexion, though hers was fair and clear; nor in outline, though her features were sweet, and her limbs perfectly turned; but, I think, rather in a subdued glow from the soul outward. This was not an opaque vase, of material however costly, but a lamp chastely lucent, guarding from extinction, yet not hiding from worship, a flame vital and vestal. In speaking of her attractions, I would not exaggerate language; but, indeed, they seemed to me very real and engaging. What though all was on a small scale, it was the perfume which gave this white violet distinction, and made it superior to the broadest camelia–the fullest dahlia that ever bloomed.

I knew it. I knew that six year old precocious Polly was nothing but trouble. Trouble to Lucy, anyway, for how can she compete with such exterior loveliness as a seventeen year old girl possesses? I’m afraid that Grahame and Polly will connect, and Lucy will be left alone once again.

Left alone with her nun, that creepy vision which insists on plaguing her (and me. Is it real? Who is that masked creature?)!

She stood mute. She had no face–no features: all below her brow was masked with a white cloth; but she had eyes, and they viewed me.

I felt, if not brave, yet a little desperate; and desperation will often suffice to fill the post and do the work of courage. I advanced one step. I stretched out my hand, for I meant to touch her. She seemed to recede. I drew nearer: her recession, still silent, became swift. A mas of shrubs, full-leaved evergreens, laurel and dense yew, intervened between me and what I followed. Having passed that obstacle, I looked and saw nothing. I waited. I said, -“if you have any errand to me, come back and deliver it.” Nothing spoke or reappeared.

More thoughts can be found at Wallace’s blog. I finished Villette, and this post, before my project for Lent of reading only the Bible until Easter Sunday.