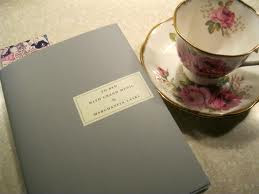 I was very much in love with Graham when I married him, conceded Deborah, who was determined not to be one of those low girls who denied a love as soon as it was over, but there’s no reason why the person who suited you at twenty should still be the right person for you at twenty-five when you’ve both developed and changed and in different directions too. (p. 129)

War must throw so many things awry. I’ve always read of the atrocities committed to women, but I’ve never considered the ways that women must have combatted war themselves. Instead of focusing on the honor, and the hard work, and the buck up kind of attitude I’ve been taught that women felt during war, To Bed With Grand Music shows us an entirely different point of view.

Deborah’s husband leaves for war, with an admonition that he may not be faithful physically, but it won’t change a thing between them emotionally. Soon afterward, she leaves her country cottage for the excitement of London, leaves her son in charge of the housekeeper, and leaves her devotion to her husband behind with each fresh dalliance she encounters.

Swathed in furs and jewels bestowed by her admirers, enjoying dances and dinners rather than tins of beans, Deborah indeed goes to bed. With man, after man, after man. It seems she will never get out of it again, for how can lives be repaired when war has irrevocably divided them?

My thanks to Persephone Books for publishing these thought provoking works, as well as Claire of Paperback Reader and Verity of The B Files for hosting this week. Oh, that it was longer…

28 thoughts on “To Bed With Grand Music by Marghanita Laski”